With the increase in people using their own devices for work (BYOD) and the increasing trend towards remote and home working, security continues to be a number one challenge for organizations of all sizes. With this in mind, we continue to innovate with the latest release of our software defined thin client solution, ThinKiosk 5.2, which adds additional new security features. 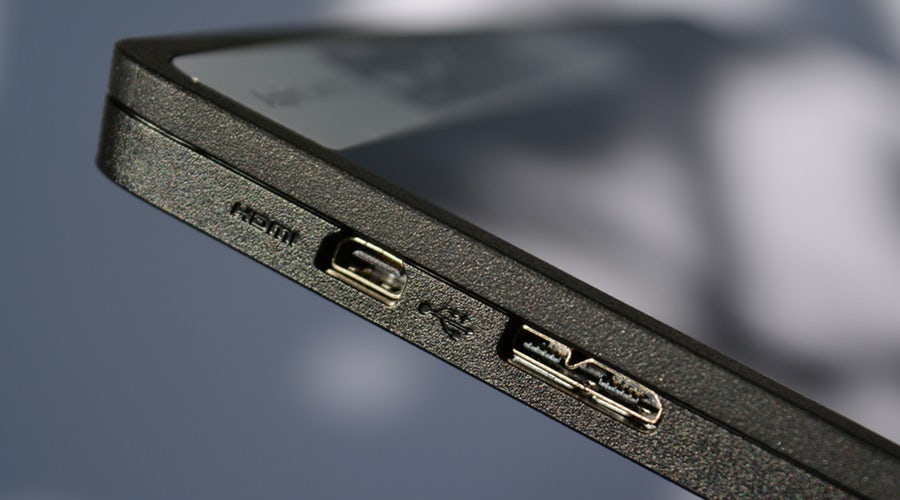 As ever, end user experience and performance are top of mind for our customers, so we’ve added some cool new features to improve that also.

USB devices are often seen as one of the main causes of data leakage within an organization as users plug in their own memory sticks and other write-enabled media devices. Typically, you may have deployed other preventative measures to stop data getting out, such as preventing users emailing documents to their personal email accounts or ensuring documents can only be saved on IT approved platforms. USB’s, however, are often overlooked.

With the release of ThinKiosk 5.2 we have introduced a USB blocking feature that prevents users from being able to access USB-based storage devices. Not only can users be prevented from copying data and removing it from the confines of the corporate environment, but they are also prevented from bringing harmful files into your organization as well. This addresses common security threats as well as the threat of reputational damage from lost or stolen data/data breaches.

In Europe, where GDPR regulation came into force in May 2018, this is a major benefit. After all, the biggest threat to any organization are the end users themselves and anything you can do to lessen that risk is a big win when it comes to protecting your business.

The new AEP feature adds an additional layer of security to ThinKiosk by preventing the execution of unauthorised applications. Employing a rules-based system, IT administrators can now configure exactly which applications end users are allowed launch on their endpoint device. These rules allow IT admins to create white/black lists which contain a comprehensive list of rule types delivering a granular level of control over exactly which applications can and can’t run. IT admins can create generic rule sets that allow all Windows OS binaries to run, or they can create a more targeted rule set that allows only those applications signed by a specific digital certificate to launch and run.

There is an interesting use case for this feature, and how it’s been developed to add advanced control over the device lock-down. On a recent call with a US-based service provider, they use ThinKiosk’s ability to lock-down the local device, to prevent end users from running anything on the device. They then wait to see if the users raise a ticket for missing apps, or apps they can’t run. If they don’t receive a call, then after a while they can decrease their licenses for the app and finally delete it.

With AEP they can take a step further as AEP running in passive mode, which allows all apps to run, logs all apps that are launched, logging events by which device or user launched the app, and how often the app was used. Perfect for making the transition to VDI seamless particularly when you know one of those pesky apps is going to slip through the net during the rollout.

While the end user experience and the type of device an end user will use to connect from plays second fiddle in favour of the infrastructure, at ThinScale we put the end users first and foremost and ThinKiosk 5.2 adds a number of new cool features to enhance this yet even further.

When Microsoft moved the display applet into the new Settings app in Windows 10 (thank you Microsoft), this prevented ThinKiosk from using it with ThinKiosk running as the shell as the Settings application required Windows Explorer. To overcome this, we created our own display applet which does not require the Windows interface. The display applet has seen constant improvements which include multi-monitor support, with positioning options. New in ThinKiosk 5.2 is the ability to configure the scaling options on each individual monitor allowing greater control of how an end user displays their apps and data.

To help keep that familiar Windows look and feel for the end users, they are now presented with an identical taskbar experience, matching the native Windows Explorer taskbar.

As well as enabling the new features we’ve described, it also benefits from a raft of performance enhancements such as dragging and dropping devices for moving and deploying profiles, and the addition of a ‘move to’ option for devices. All designed to make the daily management tasks less time consuming, freeing IT teams to get on with more strategic projects.

All in all, the new features in ThinKiosk 5.2 give you even greater levels of security, control and manageability over your end points. To find out about these new features, and all the other benefits of deploying software-defined thin clients to turn your old hardware into new, visit the ThinKiosk pages of our website, which, by the way, is all new too, or you can contact one of the team today to discuss your particular use case and requirements.

ThinKiosk 5.2 is available to download, and is available for upgrade to those current customers covered by support.

No comments to show.

Optimizes the use of desktop infrastructure resources to maximize device performance across your estate.

Optimizes the use of desktop infrastructure resources to maximize device performance across your estate.

The first responder's toolkit for IT teams

Secure, controlled Bring Your Own Device

Seamless IT experiences at home & in-office

Automate day-to-day IT tasks at scale

Reduce the complexities of IT integrations

Desktop as a Service (DaaS)

Simplify and accelerate your DaaS deployment

We work with CX providers to secure and enhance their IT operations.


We work with healthcare providers to secure and enhance their IT operations.

Solutions by Use Case

Increasing role of BYOD in CXM

Shipping devices is a bad idea

An alternative approach to equipping and onboarding new employees.